Uber Digital Marketing: All You Need To Know 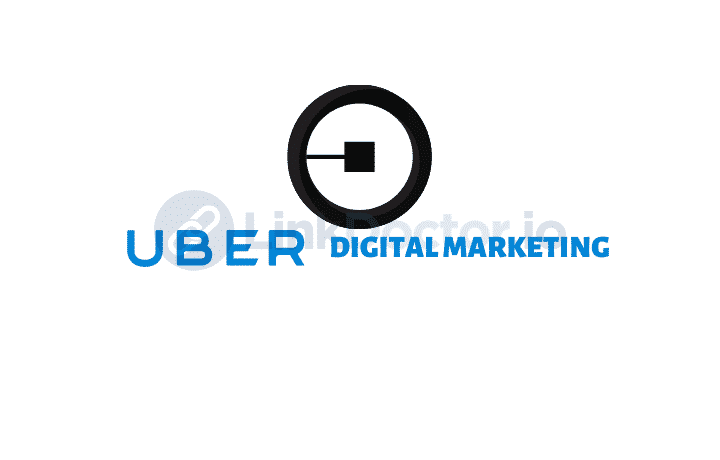 Uber Digital Marketing: All You Need To Know

Uber has built their empire from a start-up company to a 68 billion-dollar company. It’s easily one of the most successful startups up to date.

But how did the business become the giant they are now?

Let’s dive into Uber’s digital marketing strategies and campaigns over the years.

Uber’s digital marketing strategy was a big risk but since they did it strategically, it paid off big time.

Their word-of-mouth happened online. They used the power of social media to get people talking about their product. We’ll dive into their social media marketing later.

Why were they so brave in using only word-of-mouth as their strategy?

Because they knew that their product was innovative.

They knew that the quality they’re offering is top of the line. Their content and tactics focused on the demand for a better commuting experience.

After all, it wasn’t hard to get people talking if you have great service, to begin with.

On January 4 – 8, 2017, CES happened in Las Vegas. CES stands for Consumer Electronics Show and it’s one of the most prestigious events in the tech industry. There was an estimated 180,000 people who went to Las Vegas, Nevada for the 5-day festival.

Uber wanted in on all the fun.

They offered their Uber Chopper during this time and it got people on social media buzzing . It was where they take people up in the sky for a 15-minute helicopter ride and see Las Vegas right beneath you.

This was priced at a whopping $100 per person and was available only to the high status.

A lot of people would think that it would be crazy to offer such a service. Not a lot of people can afford it so it wouldn’t take off, excuse the pun. But it was such a crazy idea, it worked. Their incredibly risky digital marketing strategy paid off.

People started talking about it on social media and every other online platform. Journalists and tech bloggers scrambled to get in line for it so they can experience it firsthand and write about it later on their blog.

Despite the huge success, Uber Chopper didn’t become part of their regular services. It was more of a publicity stunt so people started talking about Uber and it was a great success! Everyone kept talking and writing about their experience online and offline. The business was able to successfully establish a reputable social media presence.

The cars range from standard cars all the way up to luxury cars for when you need to arrive in style.

Pretty self-explanatory, right? So how did they market such a common service?

The digital marketing team didn’t focus on selling the service. Instead, they sold the experience.

The brand wanted to engage its audience through these posts. Their powerful content is relatable to their audience. Through these commercials, they were able to appreciate the value of the company. Uber’s marketing strategy focused on how a creative solution can change the world.

Uber was able to bridge the gap between driver and customer. They were able to open a platform where both parties can communicate even before the ride. This made “hailing a cab” faster and more convenient.

They have also included a rating system where customers were able to review their driver based on their experience. Since some customers preferred to not talk during the journey, they can include that in their rating by adding comments. Because of this review system, customers can be rest assured that their driver is a real person and they won’t suddenly get kidnapped.

Uber has revolutionized the public transportation system and make life easier, while providing job opportunities for people. They have eliminated the hassle of standing outside and hailing a cab. They’ve made the cars more stylish and included an option to have bigger or more luxurious cars to pick you up.

Aside from that, have you seen their app? It’s so well built!

Uber’s application gave extra thought to user experience. They wanted to make it easy for first-time users to be familiarized with their app. It’s pretty self-explanatory when you open the app but it still gives you a small tour once you’re inside.

You have all sorts of neat little tricks that make booking a ride easier. Users can save destinations and label them accordingly. Users can also choose what kind of car will pick you up in case you need extra room for luggage. Along with this, you can also see how much it will cost depending on the car you choose.

Above all this, the security safety included where you can click a single button and you’ll get 911 assistance is top of the line. You also get to share your trip with your loved ones so they can see where exactly are you. These extra safety precautions make sure that the customers have a smooth experience.

They prioritized user experience in developing this. That’s what got them ahead. They’ve innovated and made sure the customers had a great time.

When Uber started, people were skeptical. We were literally taught by our parents not to go into a stranger’s car and that’s what they were offering. People weren’t exactly instantly onboard with the idea.

What did Uber do?

Uber made a referral program to engage the market. Uber promoted that the drivers can give their friends a free ride on their first try. Naturally, people downloaded the app to get a free ride. This addressed the issue that people are getting into stranger’s cars because, in this scenario, they’re getting a lift from people they already know. Besides, it’s free! It’s better than a paid taxi with a stranger.

Because of this, customers got to try out the service and saw the security measures made by Uber to make sure they’ll be safe. Drivers, on the other hand, got incentives from Uber in the form of credits. The users then spoke about their experience in social media which helped in the digital marketing of the business.

This may not have translated into ROI at the start but it helped build brand awareness. This was the trust exercise that people needed to experience a new kind of public transportation.

As Uber grew into the million-dollar company that it is today, more and more customers became loyal to the brand. People now understood how easy and convenient it was to use Uber.

In response, Uber wanted to show their appreciation to these loyal customers. That’s why they came up with a loyalty program of their own.

To become a part of this loyalty program, a customer had booked at least a hundred Uber rides. These loyal customers had the privilege to access the highest-rated drivers. This signifies that Uber valued them and wanted to put them first.

It may not be such a big perk but as with any gift, it’s the thought that counts. Customers who get this perk know that Uber acknowledges their loyalty. That on its own is customer engagement.

Uber has dominated their digital marketing by making sure that their strategies and campaigns had 2 things.

It had to be strategic and innovative.

Dani started his career in an aviation company and worked his way up the ranks into positions of leadership, where he feels most at home. Now, he’s building winning SEO teams that are able to solve complex problems with simple, effective solutions.